When I first configured the TS140 as my new desktop, I ran into an issue that I pretty much immediately ignored - caused by the 1050Ti's fan shroud. The front panel USB3.0 header and fifth SATA port were completely blocked. Not a "tight fit" situation, but absolutely blocked. My solution was to simply not have front panel USB or a fifth USB port, but that got old quick. Turns out easily accessible USB ports are added to the fronts of many cases for a reason, who would have guessed. Also, I eventually decided I needed to use the optical drive, and the only spare SATA connection was the one blocked by the card, so I had no choice.

My initial solution was to just hack that corner of the shroud off with a dremel and side cutters, but I stopped that line of thought before it got much further than that. Not only would it permanently disfigure the card (making it much harder to sell should I chose to) but I didn't know for sure that the actual heatsink wasn't also playing a role in blocking those parts of the motherboard. The hope was that the fans would be attached to the heatsink somehow so that I could pull off the shroud around them. When I removed the four 1.5mm hex screws holding it down, I learned that I was 1/3 right - in that one each of the three screws holding the fans in place screw into the heatsink. 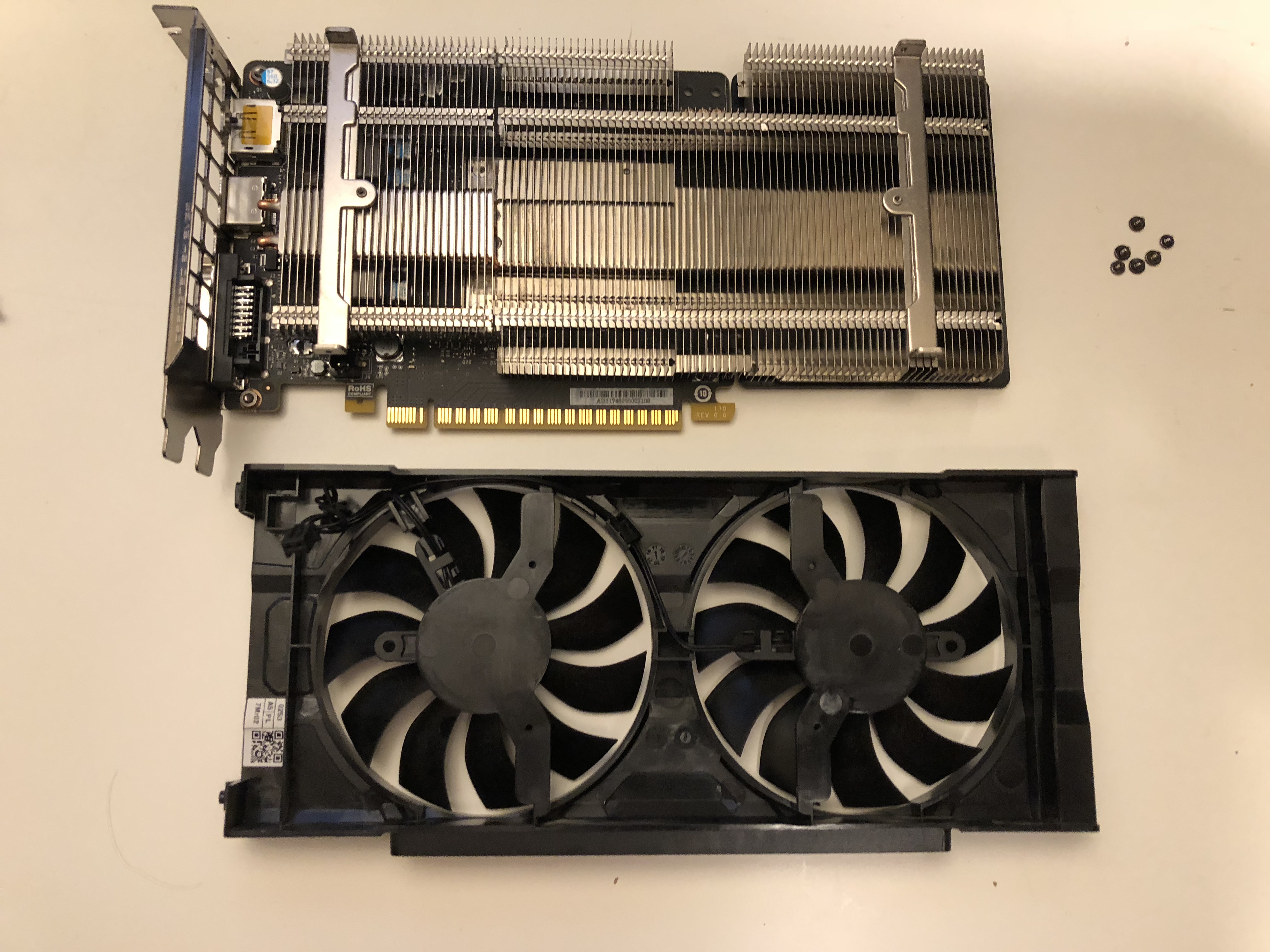 Once the shroud was off, the hardest part was getting the fans out of it without damaging anything - the wires between the fans, the shroud itself, or most importantly - the blades. It took and incredible amount of finessing and wiggling in order to get them in place. As far as I can tell the manufacturers must either solder the fan wires in after placing the fans, or they have a lot more trust in the flexibility of the blades than I do. 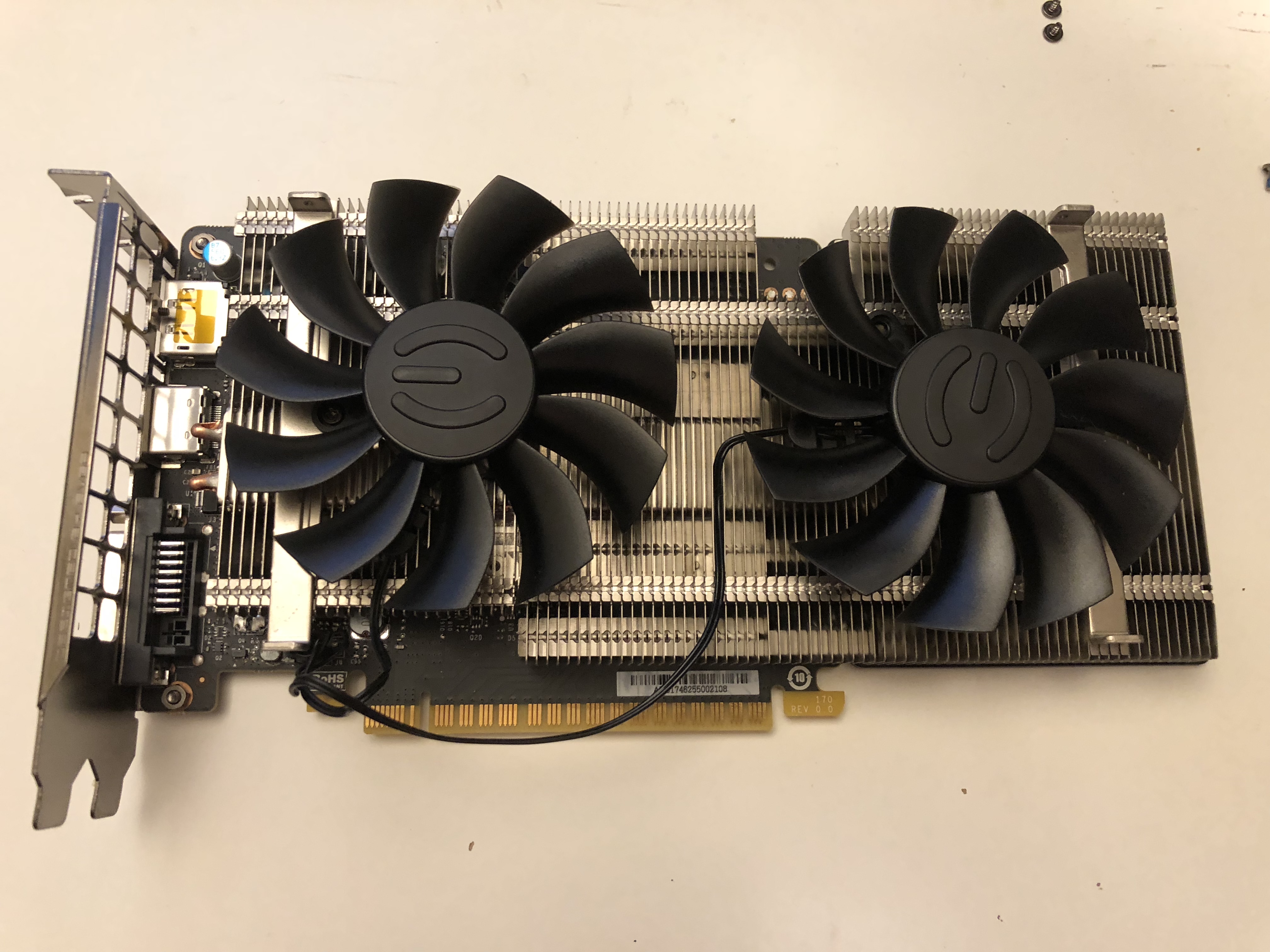 The fans do only attach to the heatsink with one screw each, but they hold in place just fine and don't pivot or hang from that screw due to how they're held in place, and the fact that they don't weigh very much at all. I know it's not an optimal arrangement, but honestly it works just fine as far as I can tell - the GPU gets no hotter than it did before under load. I know some people will probably complain that by removing the shroud I have upset the thermal profile that this was engineered for, and I probably have, but keep in mind that this card is running at less than 75w anyway and I have had cards that pull twice as much power with similar, or worse, cooling configurations. 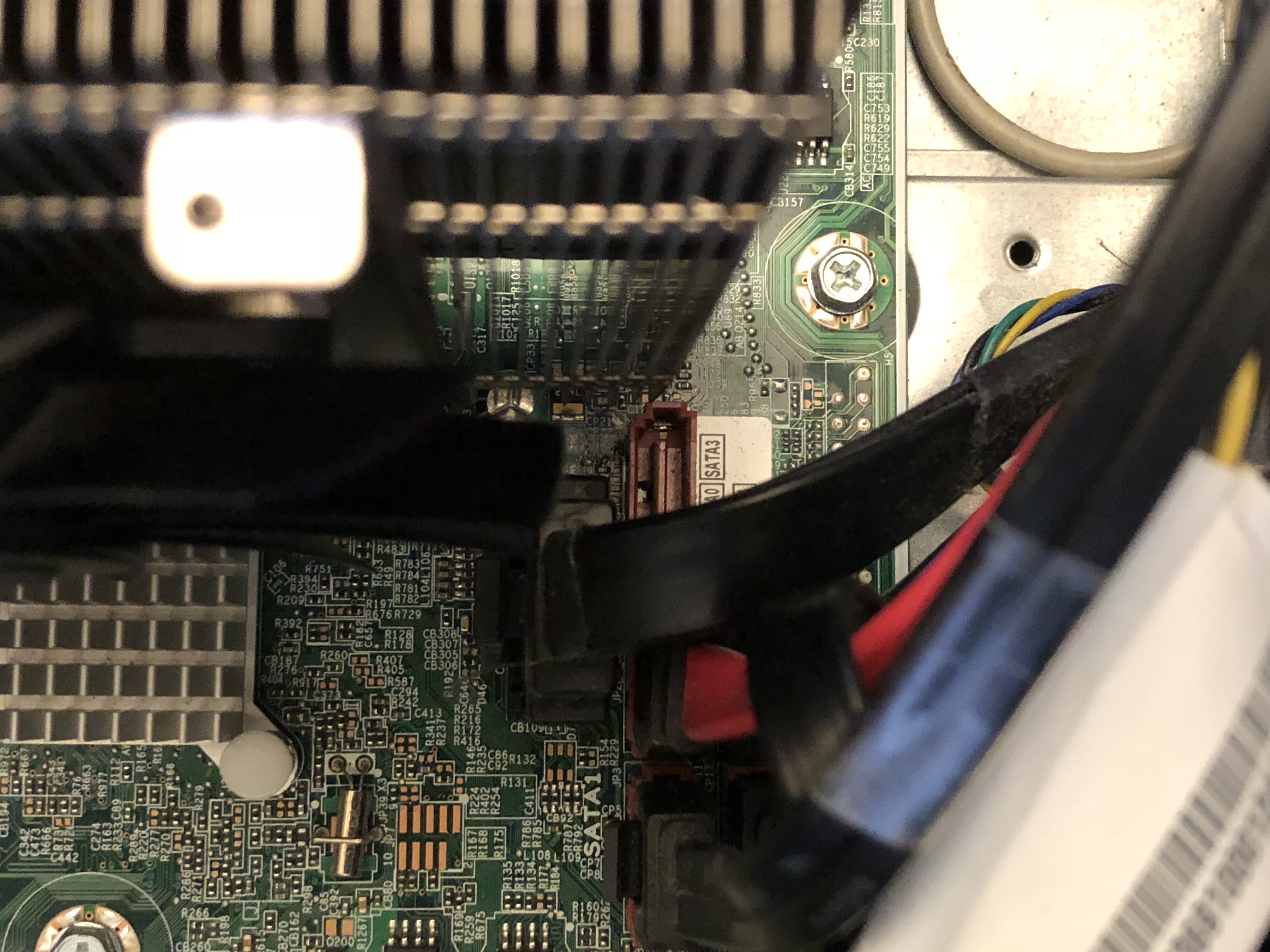 What really matters is that I can get to the FP-USB3 header and SATA3 unobstructed now. The cable for the USB ports is quite heavy and, if pushed just right, could bump up against that fan, either stalling it or rubbing. I was able to tuck the cable down and it seems to be holding in place just fine, and I can always add a zip tie if need be. 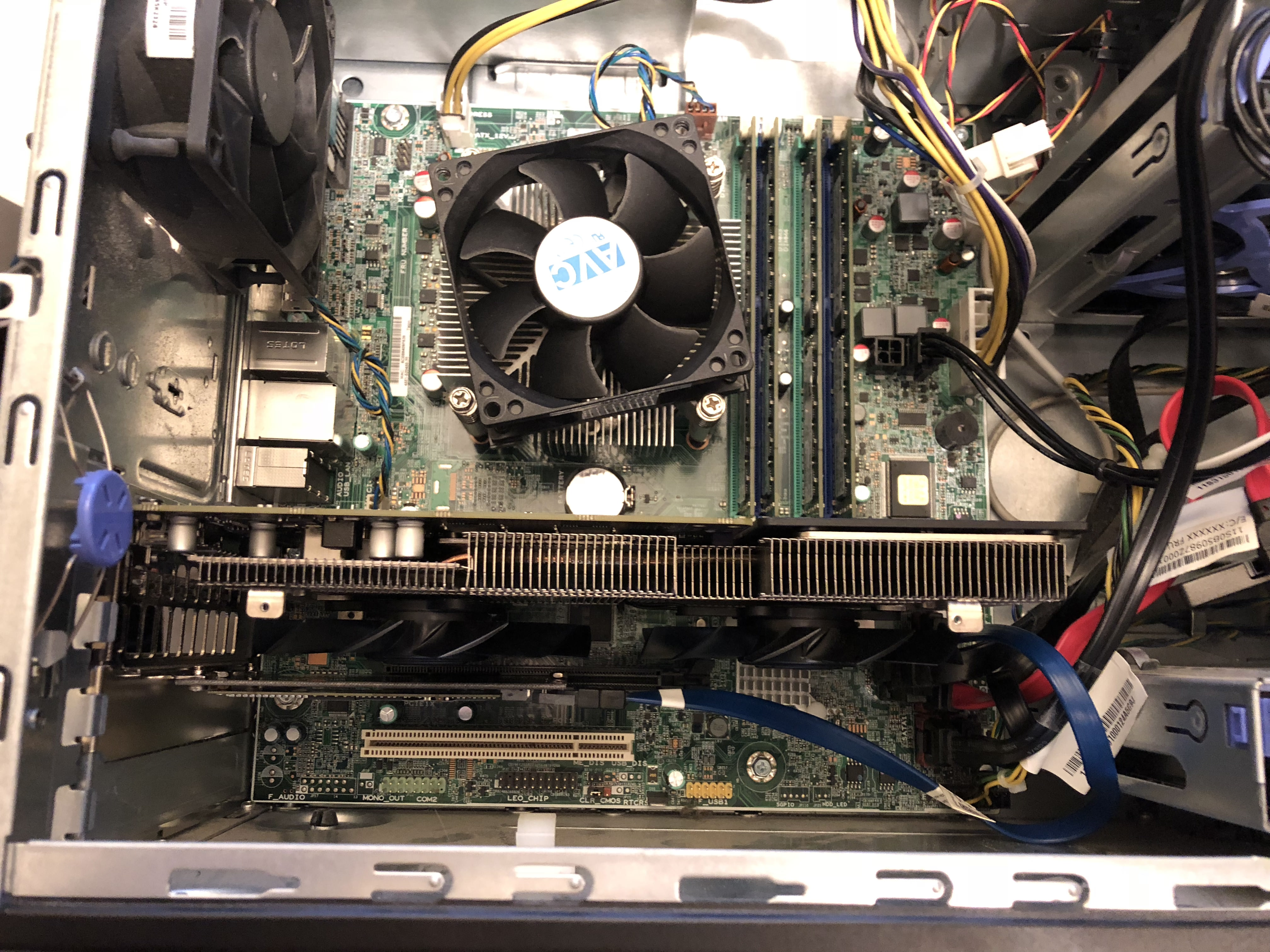 The card looks very naked now, but I can get to the connectors I need and it can still cool effectively. Positioned directly beneath it is a slot powered m.2-SATA adapter. If the m.2 drive in it were a real NVME card it could boot from that slot as well, but it's not so I use a short SATA lead, which works just fine.